The 8th annual Battle for Salvation has come and gone, and it was another great event run by Ed and Bobby from the Battle from Salvation club in New York. This was their biggest year yet for the 40k GT with 73 players. They also have a combat patrol tournament, X-Wing, and more. If you’re ever in the area during Columbus Day weekend I highly recommend you going!

The GT this year had over 70 players and was their biggest and best yet! This is my 4th time there and it keeps getting better and better. Ed and Bobby have got running this thing down to a science, and I can not get over how well run the event is. Judges are always at hand, rounds run on time, and Ed and Bobby and the rest of the BFS crew are always willing to help out with whatever you need.

Beast Coast came out in full to try their hand at taking this year’s Slayer Sword. 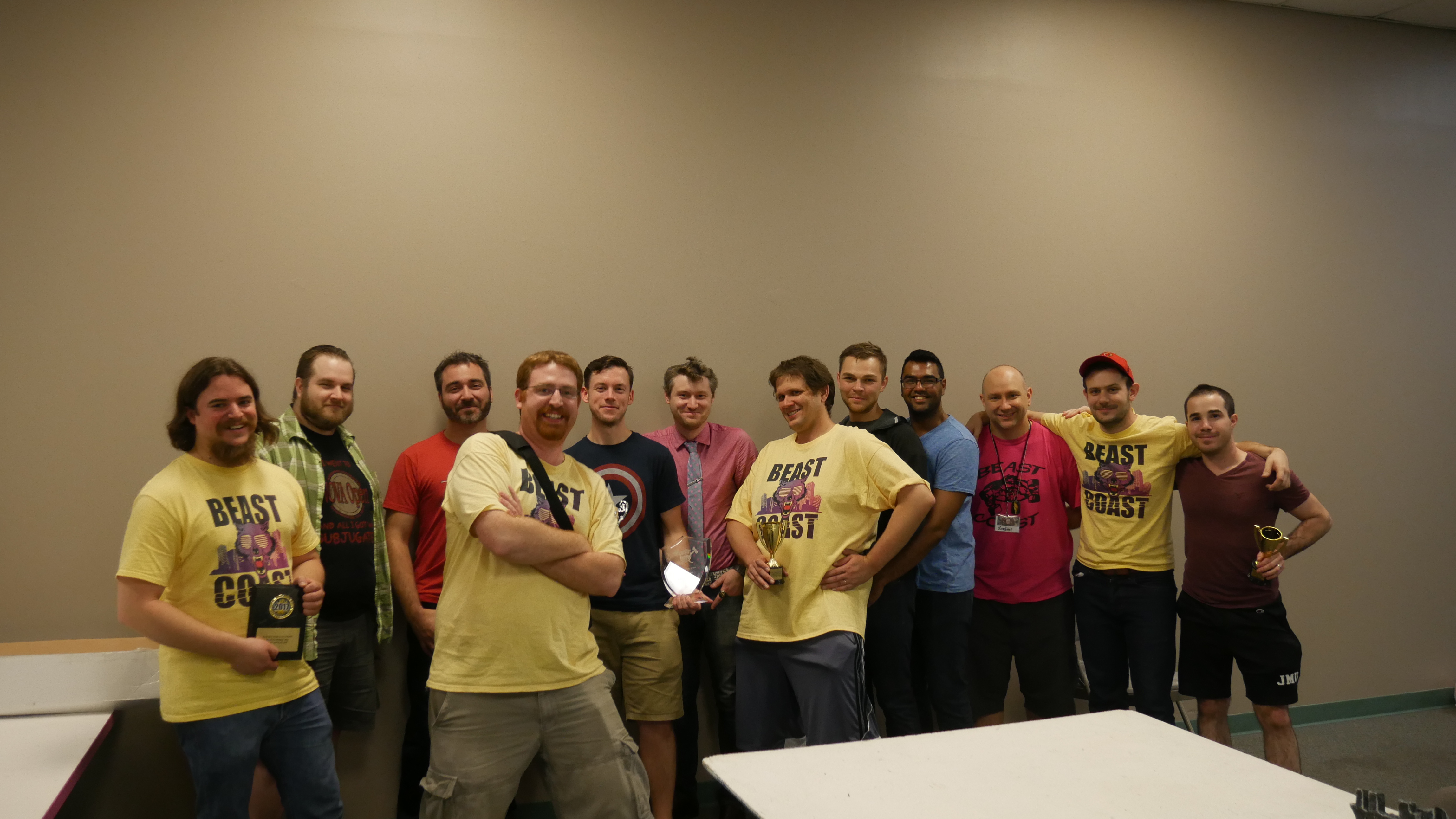 Each year the champion walks away with the ‘Bishop Slayer Sword”, and each year its a totally new sword from the last. It’s massive and a great prize to find your self getting. 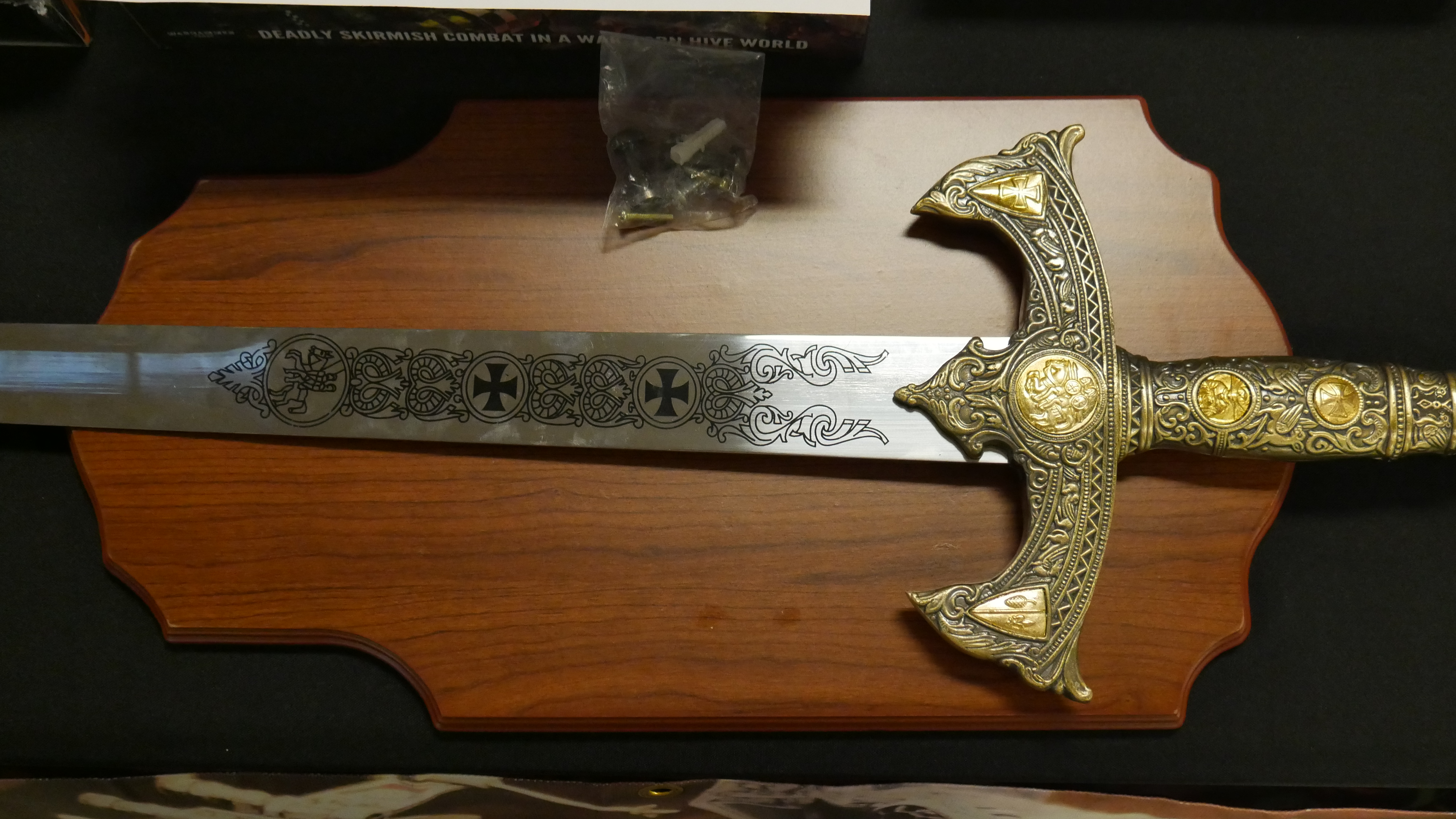 The slayer sword in all its glory!

The event was won by Carlos Kaiser beating Beast Coast Team Member Nick Nanavati.  All of us on the Beast Coast team want to say a big congratulations on winning it Carlos! Enjoy continuing your domination of the tournament scene with your move back to the West Coast! 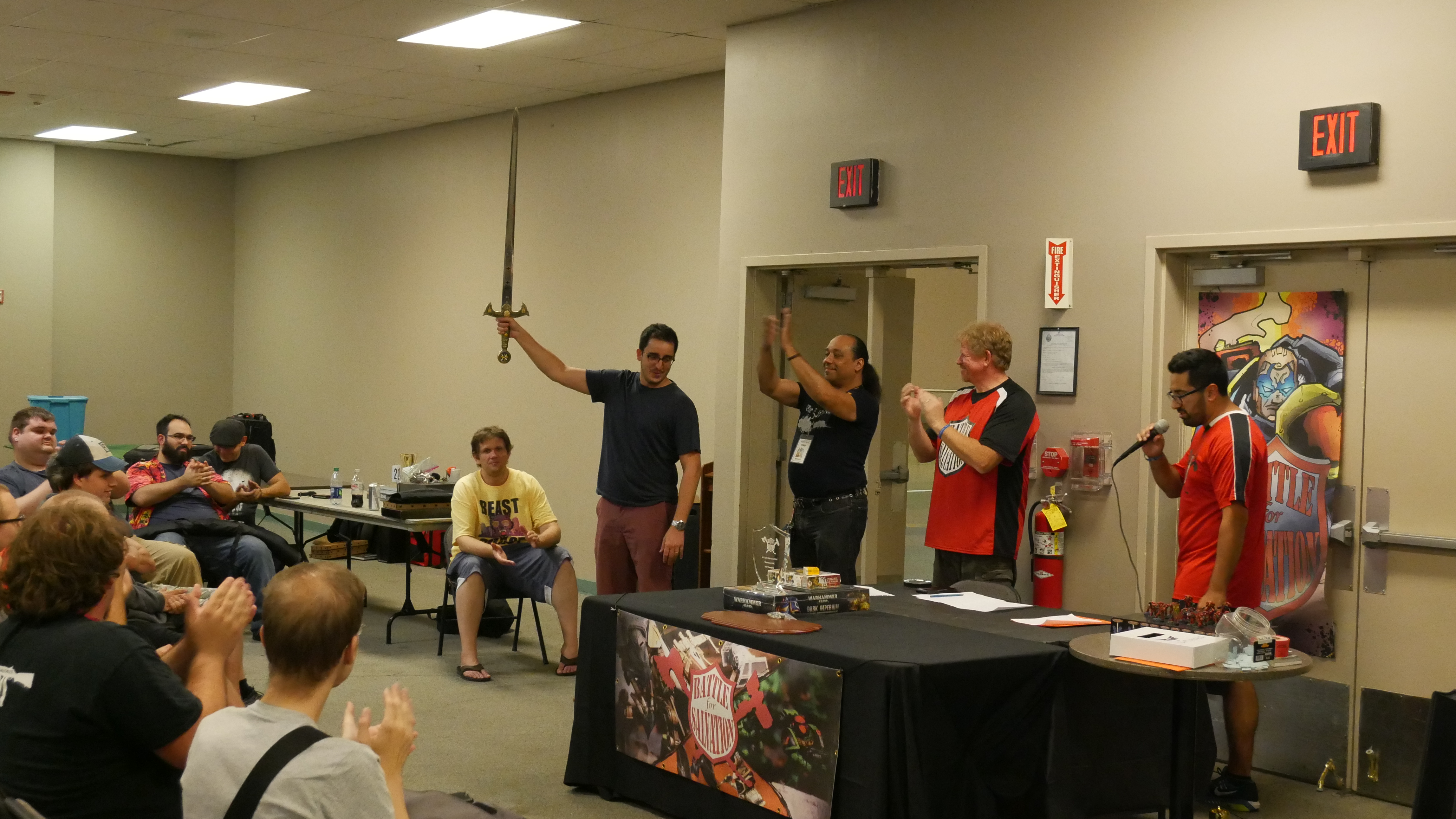 Carlos getting the sword!

As to Beast Coast winnings this weekend? We got a lot! In the hobbying front Sam Lucidi got best painted miniature: 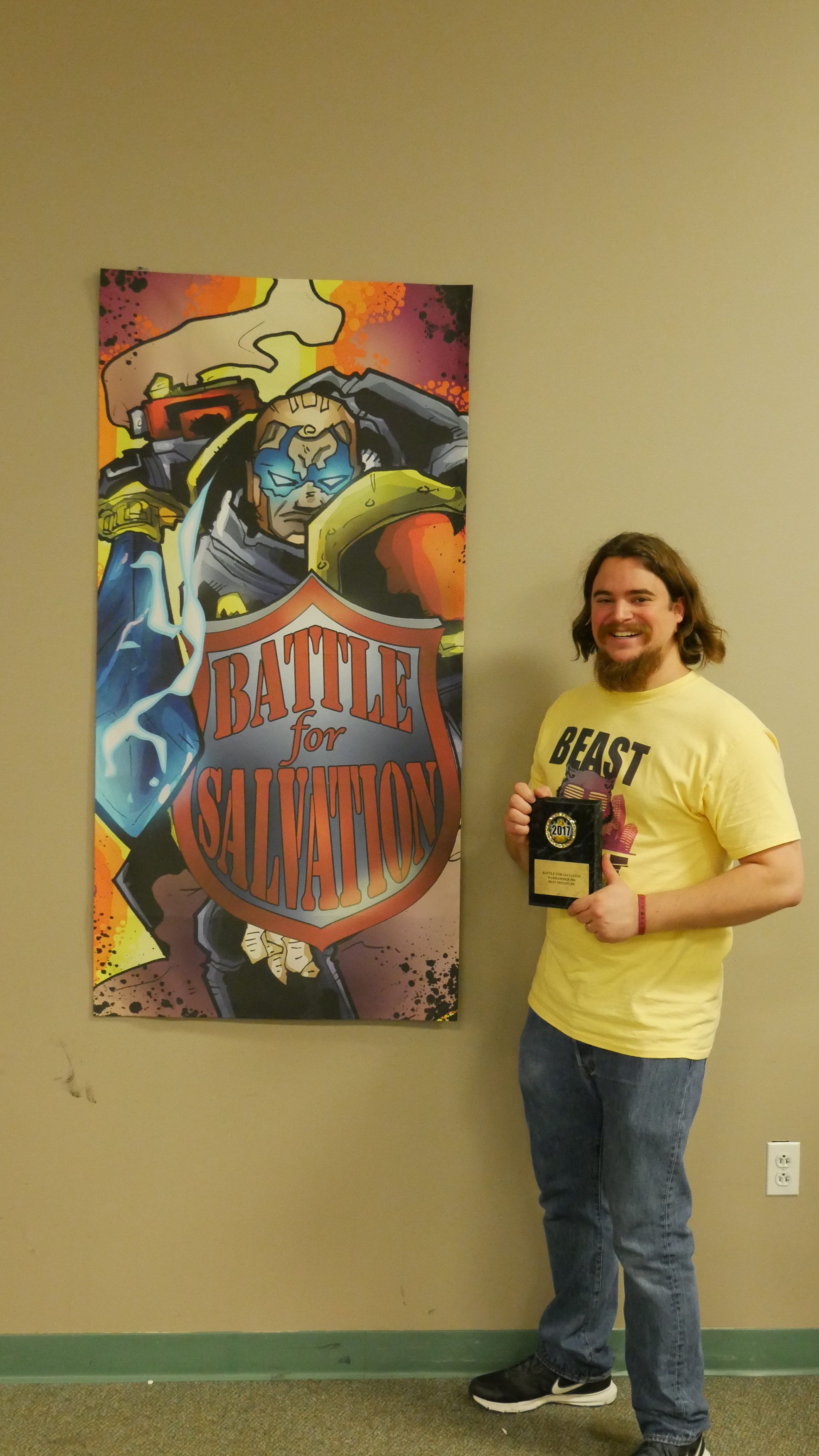 And the team didn’t just do well in hobbying! Battle for Salvation breaks down into brackets on Day 2, similar to the NOVA Open. Essentially meaning you start another tournament playing against players with similar Win/Loss records with you. Because there were so many people they had to have 9 brackets, with Beast Coast Team members winning 3 of them and one of the members winning a major prize! 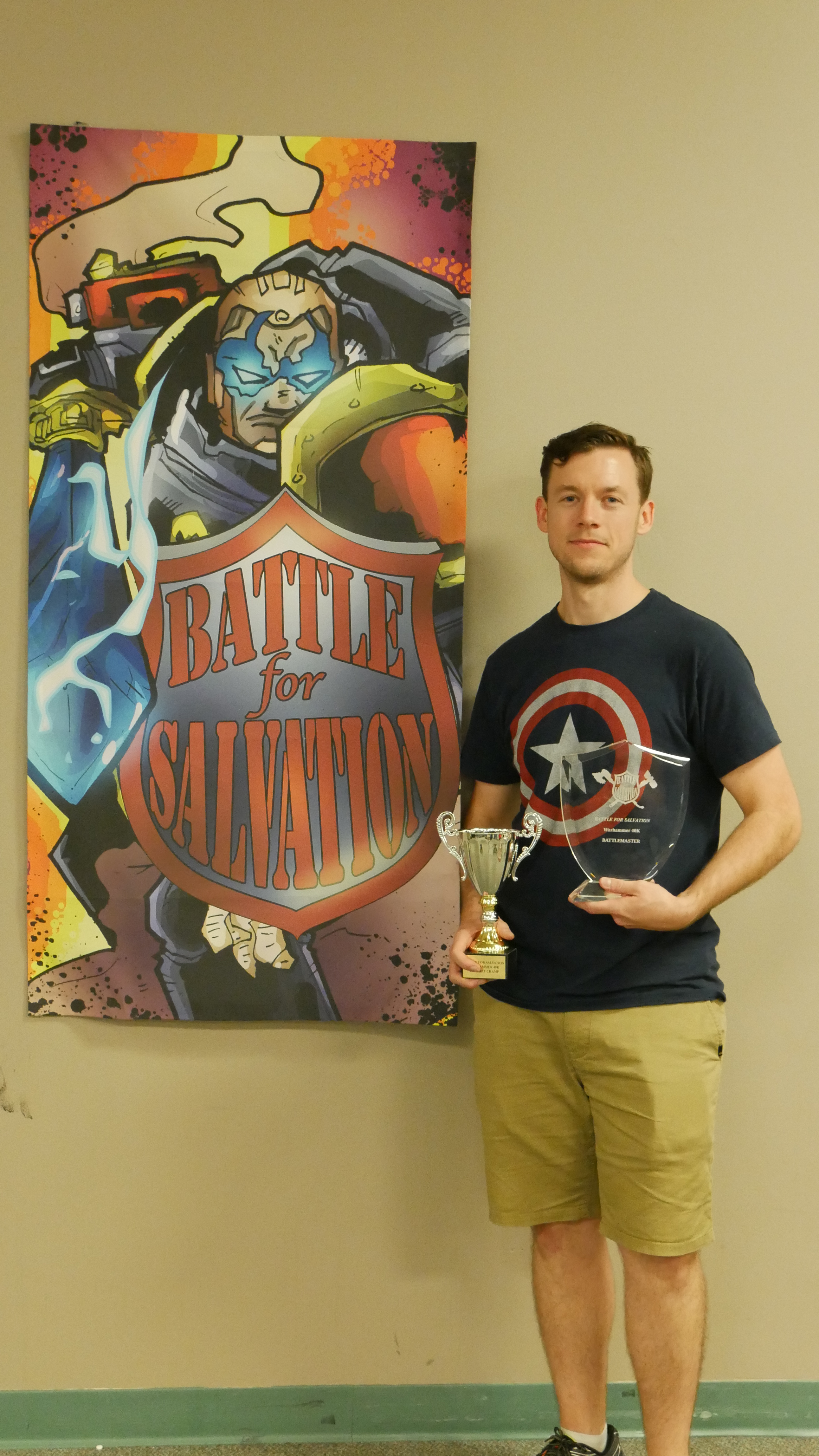 Former Captain America of the US ETC team keeps winning after his big NOVA Open 2017 domination! 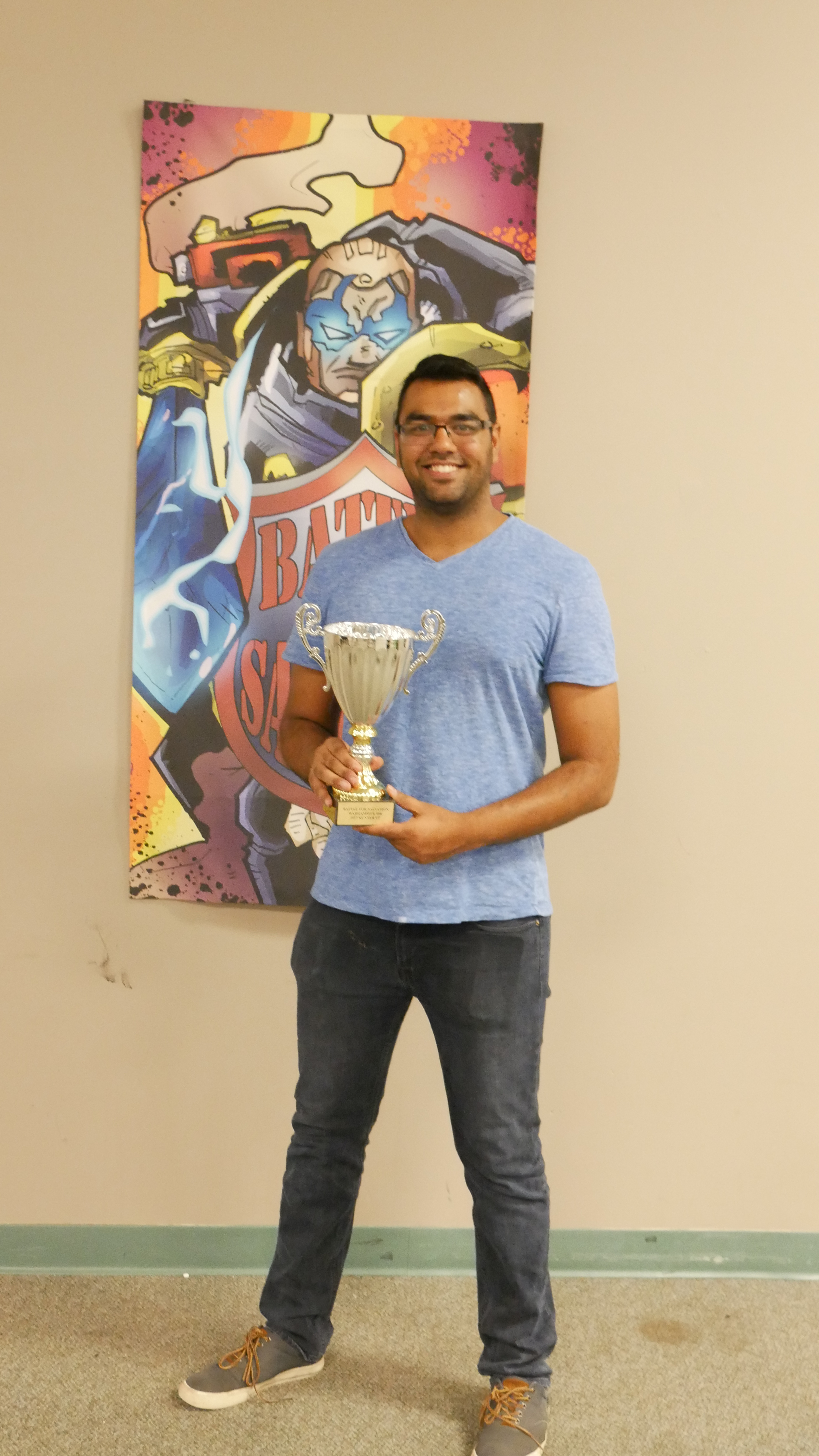 He came home on his shield 🙁 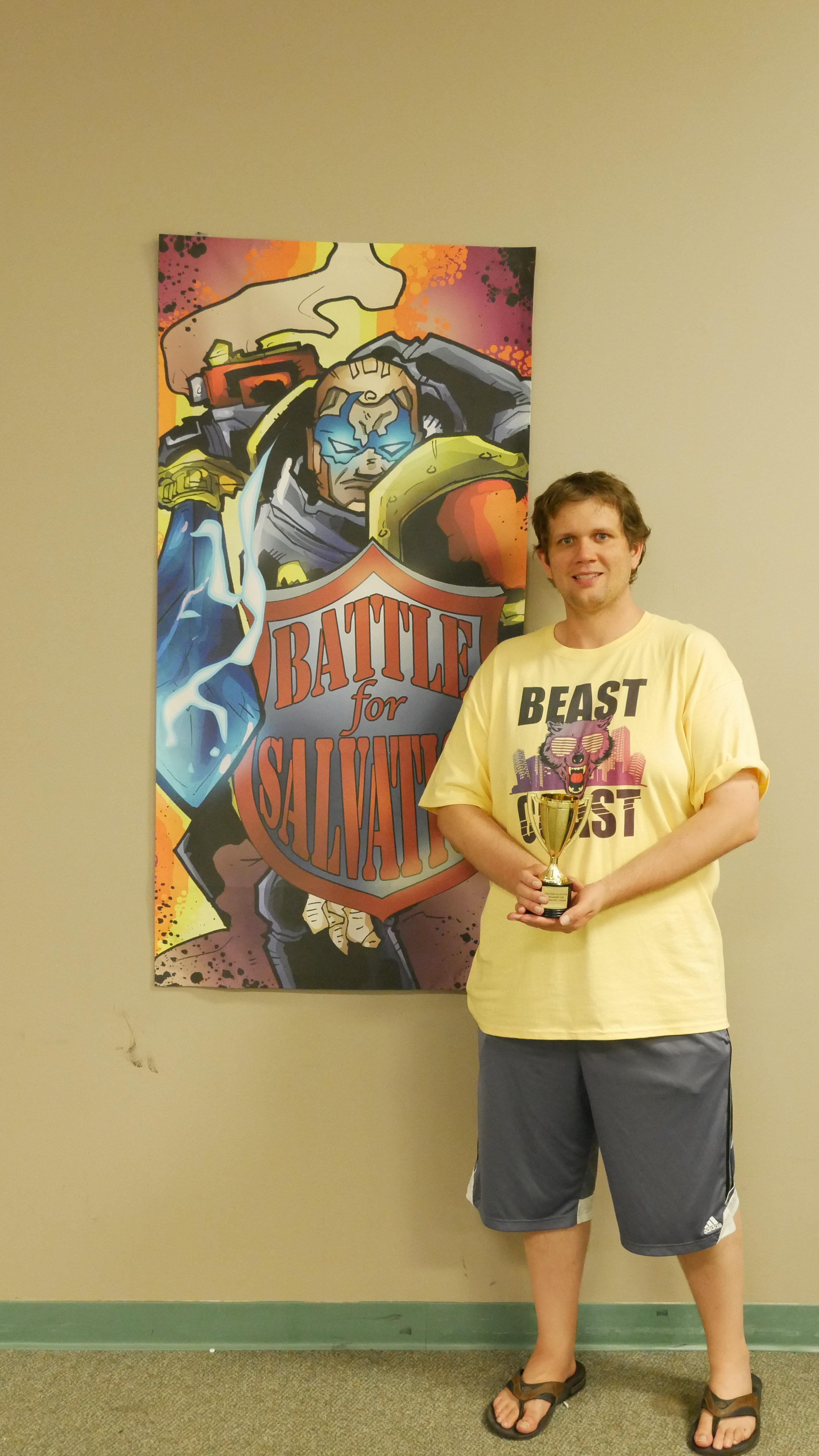 Bracket 8 was won by Matt Schuchman! 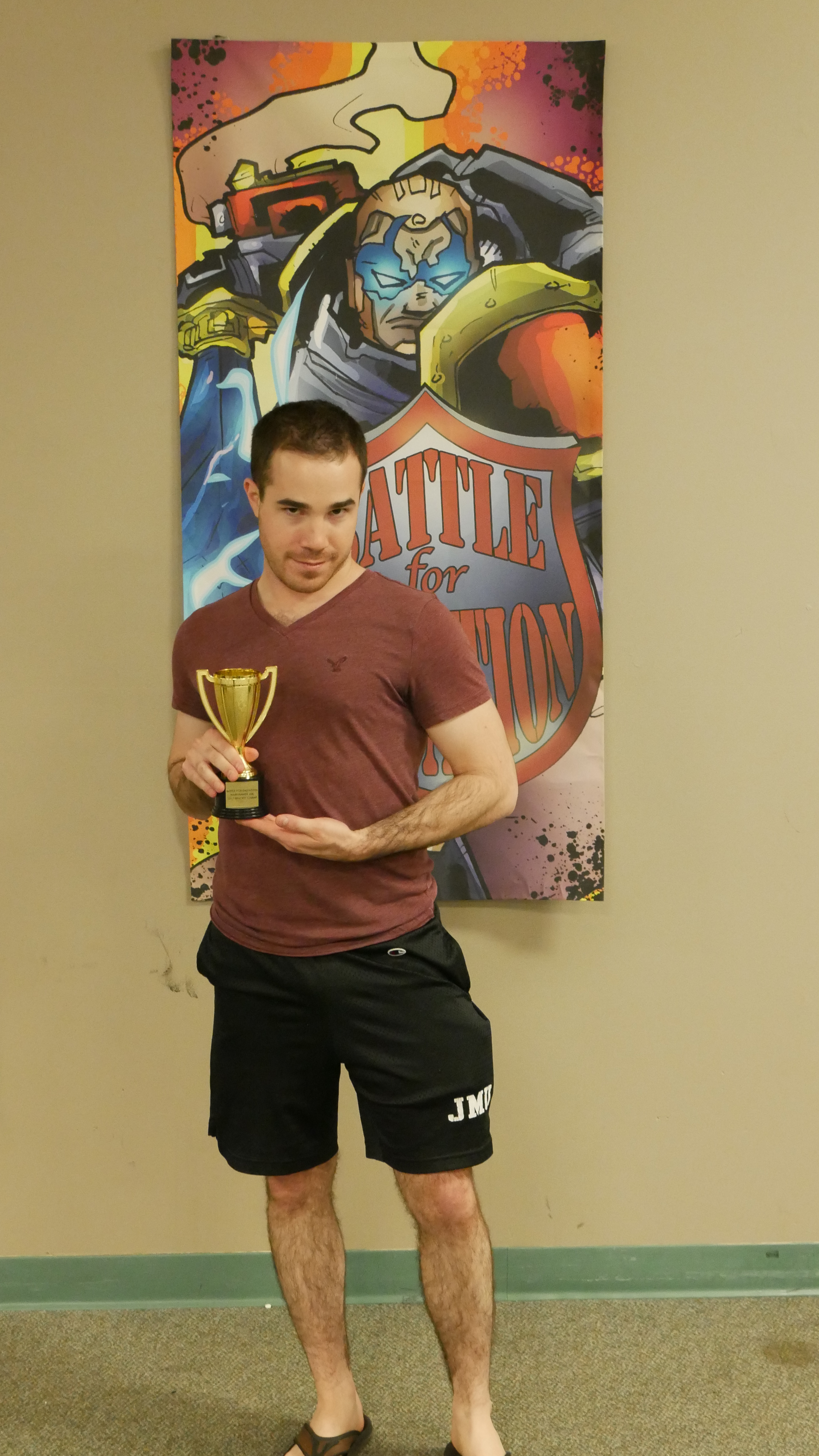 If you want to see the results of the tournament you can find them on the Best Coast pairings site here: https://www.bestcoastpairings.com/r/g9np0v8w

Hopefully Battle For Salvation will post their full results on their site which is located here: http://www.battleforsalvation.com/

While I was there I was able to get a bunch of pictures of people playing and the Armies on Parade that BFS does for their paint judging. The albums are below.

Battle for Salvation 2017 Armies on Parade:

That’s another great BFS in the books! We’ll bring you more pictures and hopefully more up to date things for the next tournament! A few of us will be going to the Renegade GT so we hope to see you there!